The atrocious face-off at the Galwan Valley in Ladakh with Chinese forces which resulted in more than 20 Indian soldiers laying down their lives has led to a massive backlash against Chinese brands, especially Chinese smartphones and apps that so far enjoyed the love, affection and addiction of Indian citizens. With Indian Intelligence agencies flagging apps originating in China and asking users to not use them, it’s also time to look at alternatives to popular Chinese smartphones.

China, with its economic might, has rapidly expanded its manufacturing capacity, and as a result, is able to make electronics that are far more affordable than other those produced in other countries. But, does it mean there’s nothing at par with these Chinese smartphones? Turns out, there is. While the home-grown Indian brands may not match up yet, there are a handful of brands from Korea, Europe, Taiwan and the United States that can give them a run for their money. In this feature, we will list out the popular Chinese offering in each segment and suggest an alternative for you to consider.

Realme Narzo 10A, Redmi 8A Dual

The Realme Narzo 10A runs on the MediaTek Helio G70 SoC which is quite powerful for a phone priced this low. It can even support today’s heavy games like CoD: Mobile and PUBG Mobile. The phone rocks a 6.5-inch IPS LCD display with only HD+ resolution. The triple camera setup at the back is led by a 12MP primary camera, along with two 2MP cameras for macro and portrait photos. However, the camera isn’t quite reliable, especially in low light. Realme offers 3GB RAM and 32GB storage in the phone and a 5000mAh battery inside. While this is indeed from a Chinese brand, the phone itself is manufactured in India.

The Redmi 8A is made by Xiaomi, a popular Chinese brand in India that enjoys the highest market share in India. The phone is powered by the Snapdragon 439 and rocks a 6.2-inch HD+ display. There’s a dual-camera setup at the back with a 13MP primary camera and a 2MP depth sensor. 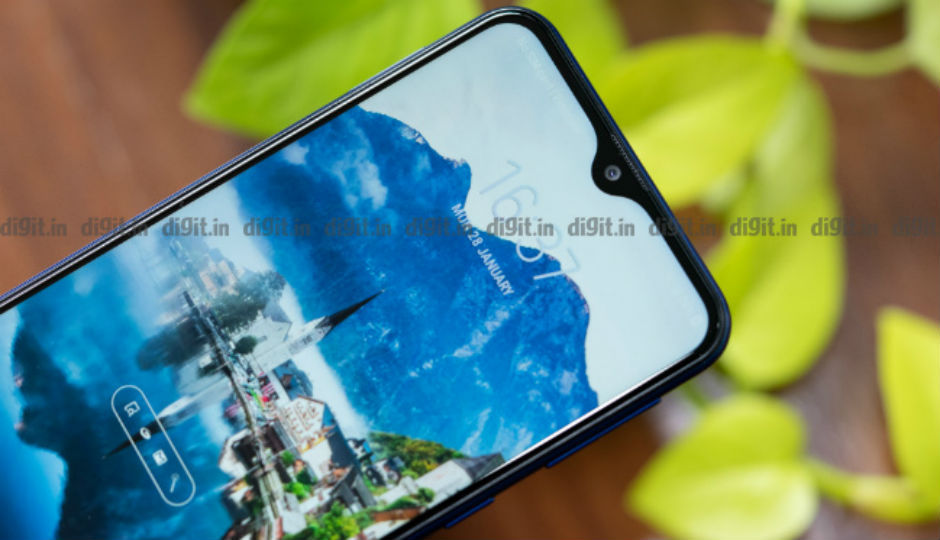 The Galaxy M20 is manufactured by Samsung, a Korean brand, in India. It’s a little more compact with a 6.3-inch TFT display but FullHD+ resolution, which increases the PPI making the panel appear sharper. The M20 also takes a different route with the camera, which we believe is a little more useful than having a macro lens. The M20 rocks a 13MP primary camera along with a 5MP ultrawide lens. The selfie camera is also larger with an 8MP shooter. The performance is where the phone falters in the face of its Chinese competition. The Exynos 7904 is no match for the Helio G70, but it can get you through the day with casual usage. However, battery life is equally long at 5,000mAh. Going with this, you will end up sacrificing powerful performance but gain in terms of more useful camera options and a sharper display.

The Xiaomi Redmi Note 9 Pro series, especially the Max variant is quite popular in India because of the high price to performance ratio it offers. In fact, most Xiaomi and Realme smartphones in the sub-20k segment undercut the competition with powerful hardware. However, smartphones from both brands are riddled with ads leading to poor user experience, and essentially cancelling out the gains from the latest hardware. Options from the Chinese brands in this segment range are powered by the Snapdragon 7-series chipsets and pack high-resolution camera sensors along with HDR-certified displays.

The Realme 6 Pro is also powered by the Snapdragon 720 and rocks a 64MP quad-camera setup at the back. The major difference between the two smartphones lies in the software used and the presence of a 13MP telephoto lens on the Realme 6 Pro. 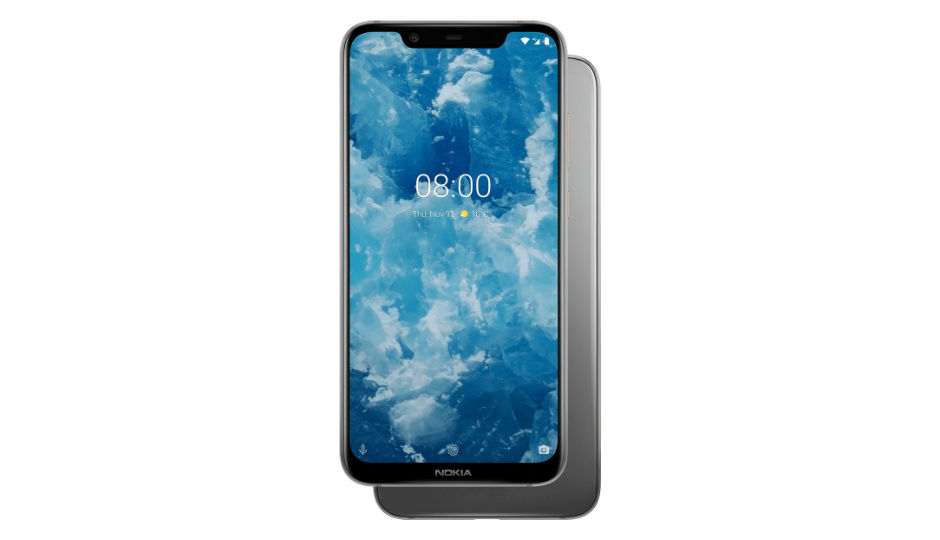 The Nokia 8.1, made by HMD Global, registered in Finland challenge the Chinese stalwarts in almost all segments. It rocks an HDR10-certified 6.18-inch LCD display with fullHD+ resolution. There’s also the Snapdragon 710 SoC along with 6GB RAM and 128GB storage. For the camera, Nokia offers Zeiss-certified 12MP primary camera with OIS along with a 13MP telephoto lens. On the front is a 20MP selfie shooter, and all three cameras can be used in tandem via the bothie mode. 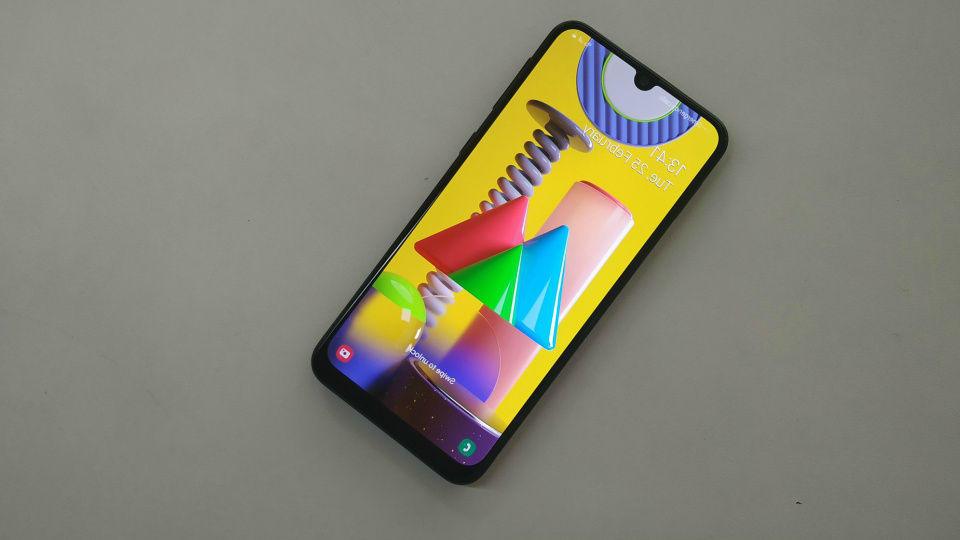 As for the Galaxy M31, here you get a 6.4-inch AMOLED with FHD+ resolution and Gorilla Glass protection. It’s powered by the 10nm Exynos 9611 SoC coupled with 6GB RAM and up to 128GB RAM along with expandable storage. The camera goes toe to toe with the Chinese offerings with a 64MP quad-camera stack at the back, which includes an 8MP ultrawide lens, 5MP macro lens and a 5MP depth sensor. On the front, you get a 32MP selfie camera. The battery life is where the M31 goes well ahead of the competition with a 6,000mAh battery.

Going up the price ladder means stakes are now higher, and the demand for a cutting-edge experience is paramount. And this is where popular offerings from OnePlus, Realme and Xiaomi have notably made their mark in recent years. These smartphones originate in China and are partner and collaborators with Qualcomm, routinely using the flagship chipset to offer high-end performance. They also use the latest RAM and storage modules and pack the smartphone with multi-camera stacks. Yet, the user interface, leaving aside OnePlus’s OxygenOS, are mostly the same as their budget counterparts and are known to serve ads and spam notifications. Here are the alternatives. 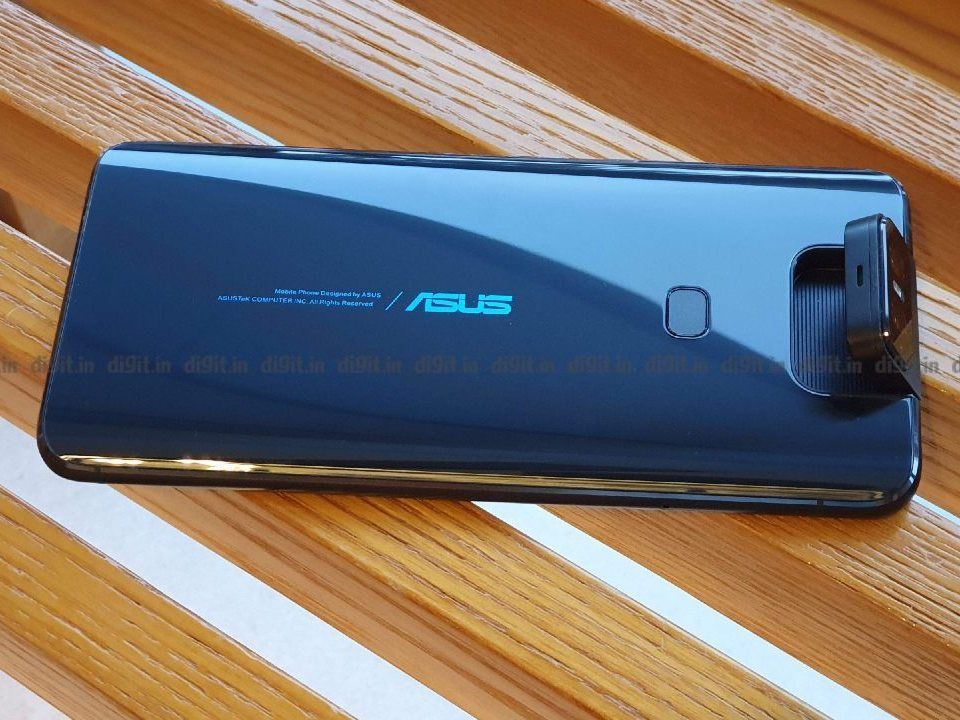 The Asus 6z and the ROG Phone II are made by the Taiwanese brand known for their presence in the PC market. In fact, the ROG Phone II is developed by the same folks who design gaming laptops. And in both the Asus 6z and ROG Phone II, the performance is top-notch. And both of these products also innovate on the design. The Asus 6z brings a rotating camera module with a dual-camera setup that works as both the front and rear cameras. The ROG Phone II offers pressure-sensitive air triggers which give gamers an unfair advantage while gaming. The phone also offers the most granular customisations in the CPU, letting run everything at peak capacities manually. There’s also a host of alternatives.

However, if its a more popular line of smartphones you are looking at, the Samsung Galaxy Note 10 Lite and the S10 Lite are great options to consider. Both these smartphones take cues from the premium Galaxy lineup and bring some of its own like a high-resolution 48MP camera on the S10 Lite, the S-Pen on the Note 10 Lite and a slim form factor with bright and vivid AMOLED displays.

The high-end segment also offers the budget iPhone that launched this year. The iPhone SE (2020) turned out to be an excellent daily driver, even for power users. Apple has used the same A13 Bionic processor that’s there on the flagship iPhone 11 series but kept the design compact as the old iPhone 8. And you get the same lag-free experience that’s expected out of an Apple device. The battery life may feel a little less as compared to the Chinese counterparts which can be a bummer though.

The premium segment is where the non-Chinese brands rule the roost, although OnePlus has made a dent in their earnings. All these smartphones are also powered by the latest Snapdragon 865 SoC like the high-end offerings, but go that extra mile in offering wireless charging and ingress protection, along with QHD+ displays with high refresh rate and large cameras with 108 million pixels. In fact, the Chinese offerings themselves are generally considered to be alternatives to the premium players in this segment. 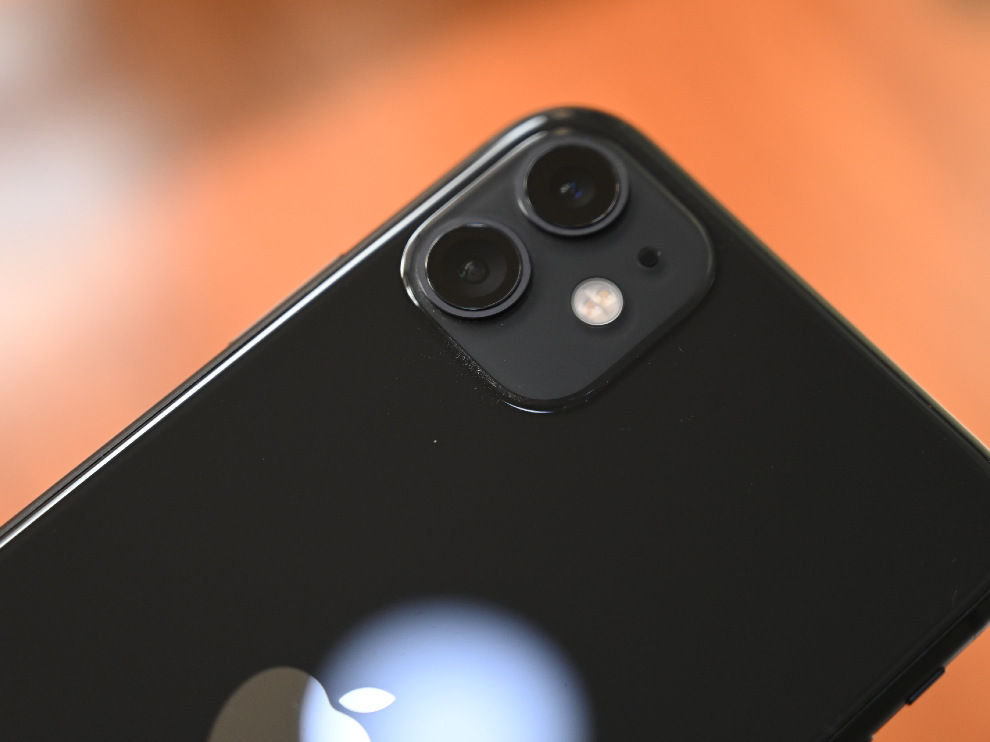 The iPhone 11 series is popular enough to not require further evangelism. But if we have to enumerate the benefits, you get the smoothest operating system for mobiles. One that’s also radically different from Android. The default iPhone 11 now offers two cameras at the back. A 12MP primary wide lens and another 12MP ultrawide lens, and both are the best in their segment for both photos and videos. There’s also a night mode that kicks in automatically when there’s low light, and like all things Apple, it just works. The A13 Bionic processor with a Neural Engine and a six-core GPU is also the most powerful processor for mobiles, surpassing even the Snapdragon 865. With such cutting edge features, the price is also on the higher side as compared to the Chinese premium flagships. And it’s totally worth the extra premium. 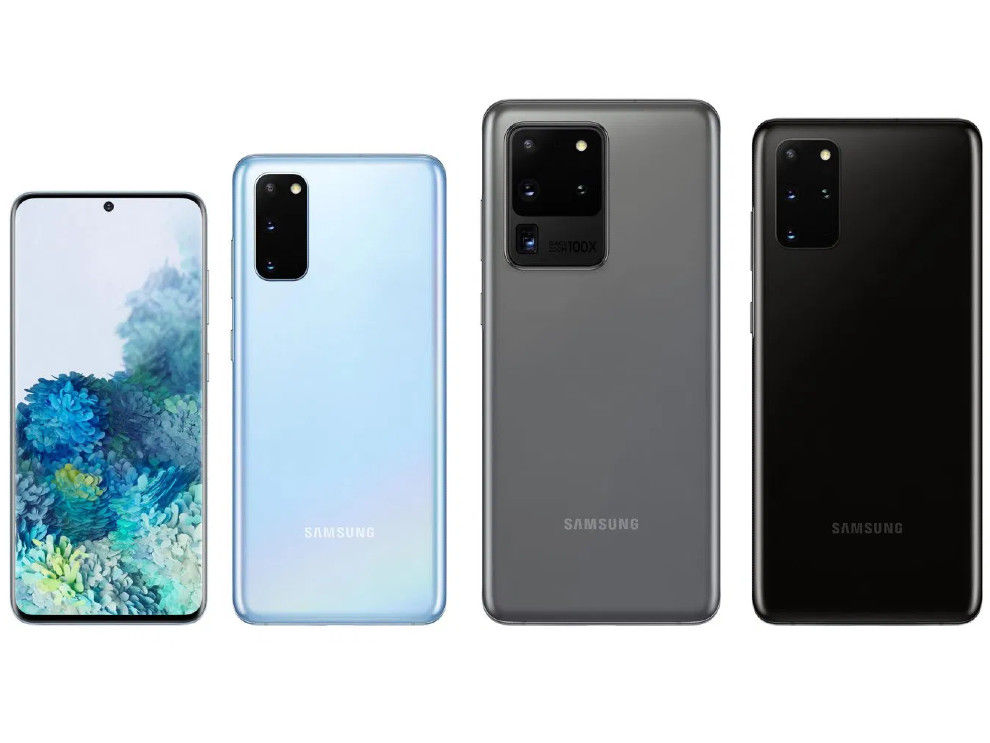 The Samsung Galaxy S20 series is yet another example of Non-Chinese dominance. This is one lineup which routinely sets a new benchmark for the Android ecosystem. This time, Samsung is offering high-refresh-rate displays, multiple cameras and a far more optimised UI than before. The Galaxy S20 is the most affordable of the three and it offers a QHD+ 120Hz display like the OnePlus 8 Pro, a 64MP triple camera and support for wireless charging. The phone also rocks an in-display fingerprint sensor, fast 25W charging, reverse wireless charging, HDR10+ certification, and IP68 water and dust resistance. 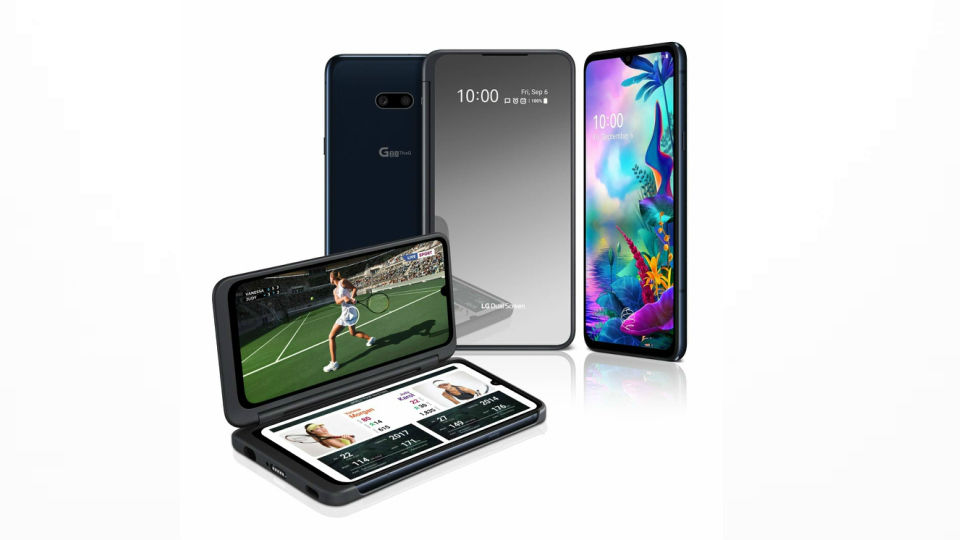 Coming to the LG G8X, this one’s perhaps the most utilitarian among all premium offerings. That’s because you can attach a second display to the phone and take multitasking and gaming to a whole different level. The LG G8X is powered by last year’s Snapdragon 855 and it rocks a dual camera module comprising a 12MP primary sensor and a 13MP ultrawide lens. It’s also one of the few smartphones that can record HDR videos natively. T