In the quest for perfect aerodynamics, traction and downforce, engineers have come up with some strange F1 car designs. While only a few of them have proven themselves, regulations have mostly caught up to prevent these designs. Often, the decisions were hazardous to drivers and other races, when they were not outright cheating or finding a way around the regulations.

In the late 60s, the “skyscraper” wings of F1 cars were reaching increasing heights in order to provide more downforce. Brabham went for high wings on both the rear end and the nose, giving it a bi-plane-like appearance, and leading to a very unstable design, especially considering the turbulence of passing cars. The high wings were then banned because of safety concerns.

Another offending front wing design, the March 711 was known as the “flying tea tray” or the “spitfire”. The wing was attached in an awkward way to the nose of the vehicle, and could be removed if required. At times the team even stripped the car of radiators. Surprisingly, the car and the team proved themselves, but the design was abandoned soon. 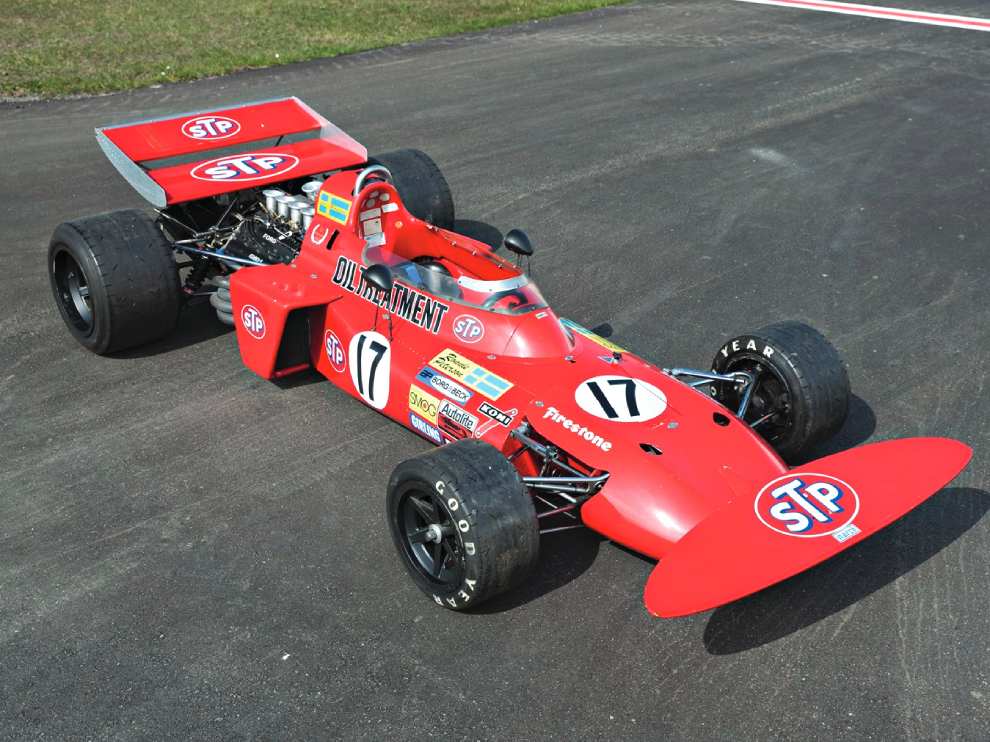 Placing large water-cooled radiators for the engines often proved problematic. Brabham engineers came up with another offending design, with twin radiators mounted on the nose, in front of the wheels. The offending vehicle was nicknamed the “lobster claw” for the unconventional design choice. Only one car was built, and it ultimately failed to prove itself. The chassis was designed by the eccentric Italian designer, Luigi Colani and based on the March 721 purchased by the team. There is a lot going on here, but the most offending feature easily is the rear view mirror mounted on a column right in front of the nose of the driver. Apparently the effort was to make everyone else look outdated, but the car did not prove itself. 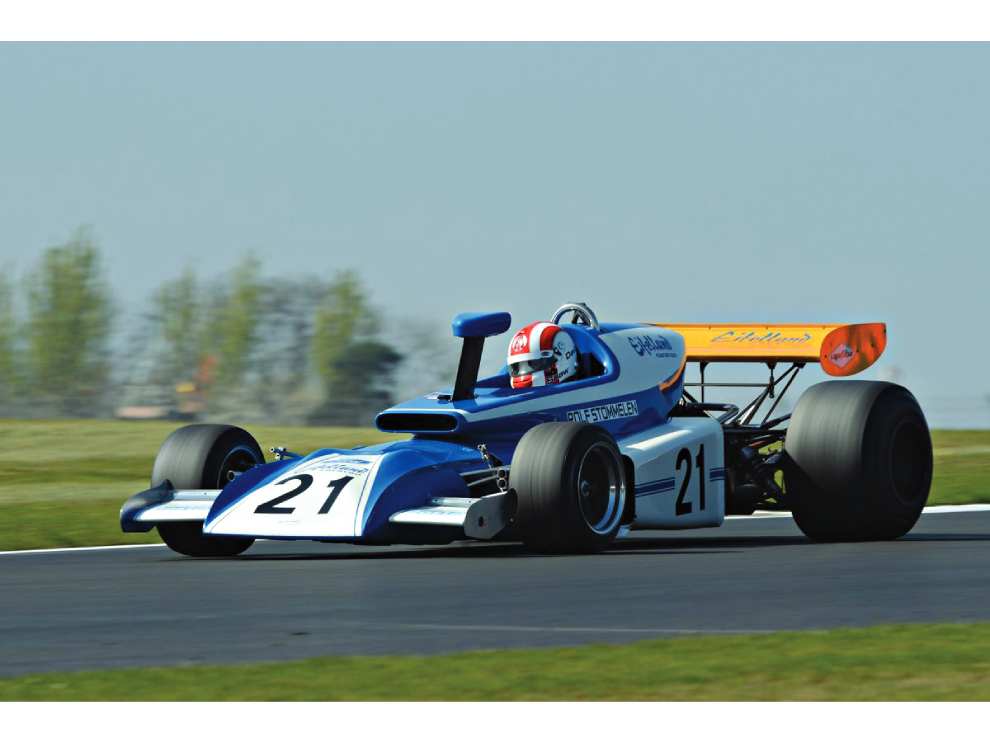 The large and prominent airbox was tacked on above the engine, as if it was was an afterthought. The front wing was taken off at times, and the rest of the car wasn’t exactly a looker either. Only one of the two cars built was actually used in races, and it finished tenth in Belgium and Austria, and fourteenth in Spain. The vehicle retired or did not qualify in the other races. 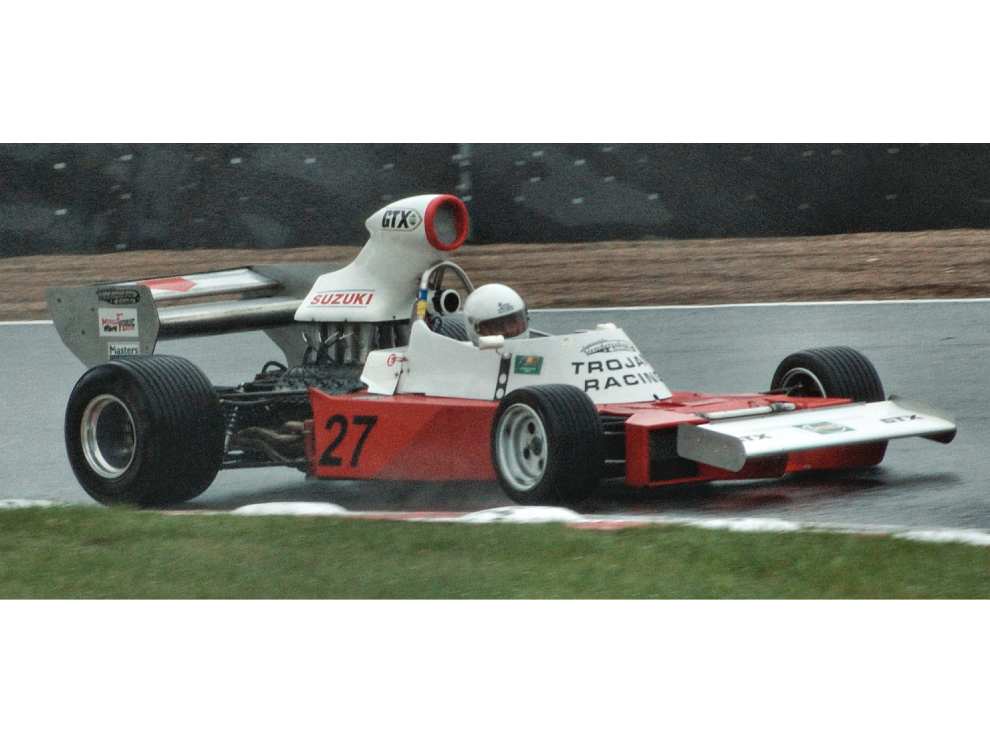 Another offending airbox design, the 1976 Ligier JS5 pushed the limits when it came to increasing the height of the air intake system. Even the front wings had some unconventional bulging curves. The vehicle failed to prove itself in the tracks, the team realised its mistake and fixed the ridiculous height of the intake system, but folded after a couple of seasons. 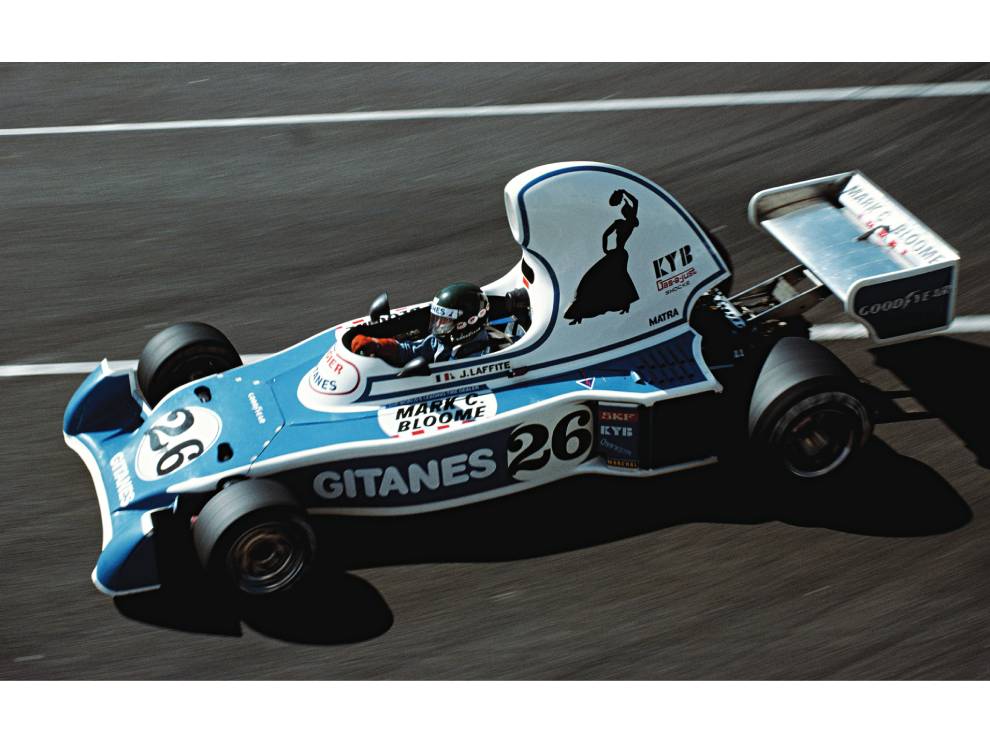 Perhaps one of the most recognisable designs on the list, Tyrell introduced a six-wheeled car to reduce the drag, and increase the speed of the car in straight stretches. The design proved effective, leading to other teams developing six-wheeled cars as well. In subsequent seasons however, regulations came into place stipulating that cars were to have only four wheels in total. 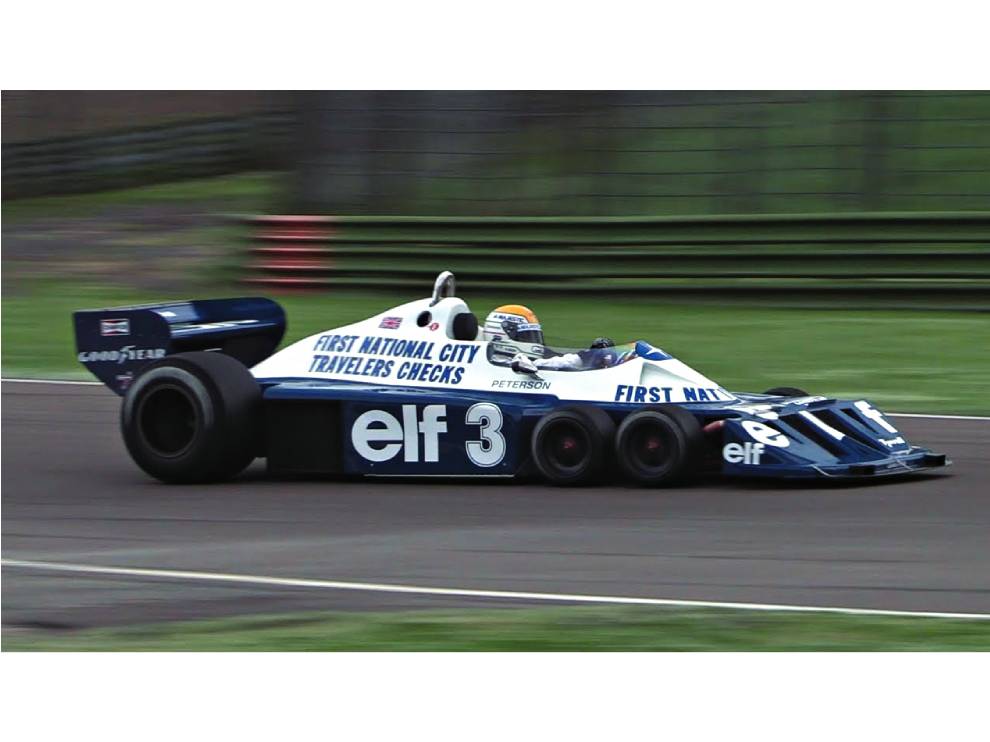 The trickery here is the prominent fan at the back that generated a tremendous amount of down force by evacuating the air beneath the car. The engineers claimed that the fan was for cooling the engine. The team voluntary removed the fan variant after a single race, even though the regulators allowed the vehicle to run for the remainder of the season. 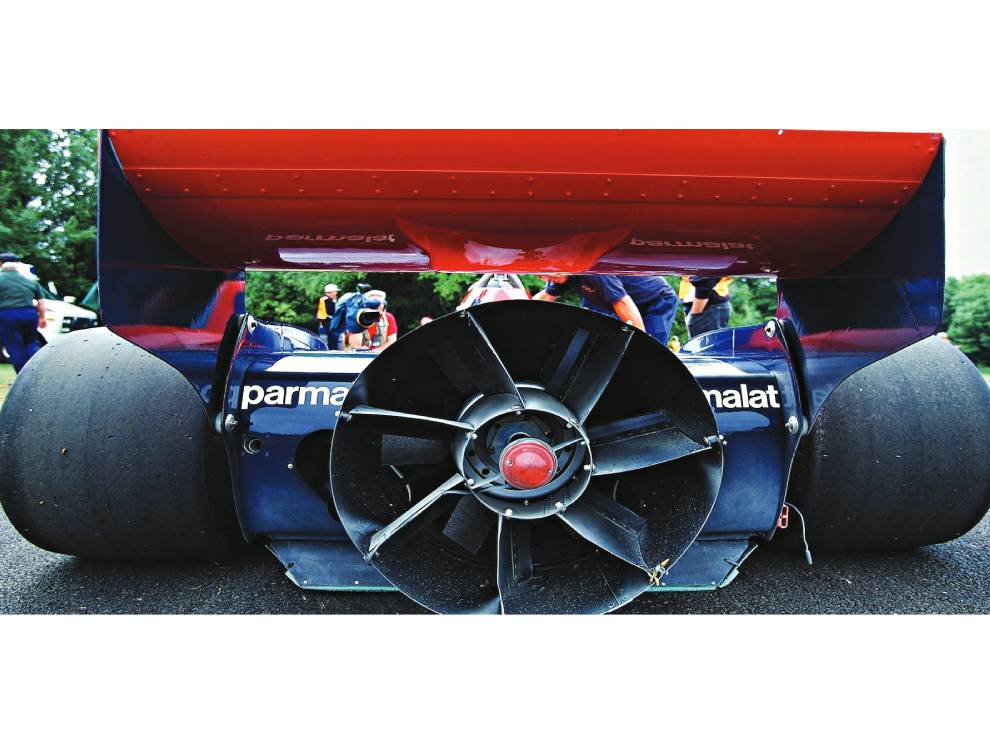 The offending feature featured on the nose of the car, is another attempt at innovative positioning of radiators. The idea was that by putting the radiators front and center, the sides of the nose would be available for the ‘ground effects’ airflow. The feature was nicknamed the “cheese grater”, and the car failed to qualify seven times, and only managed to finish one race. 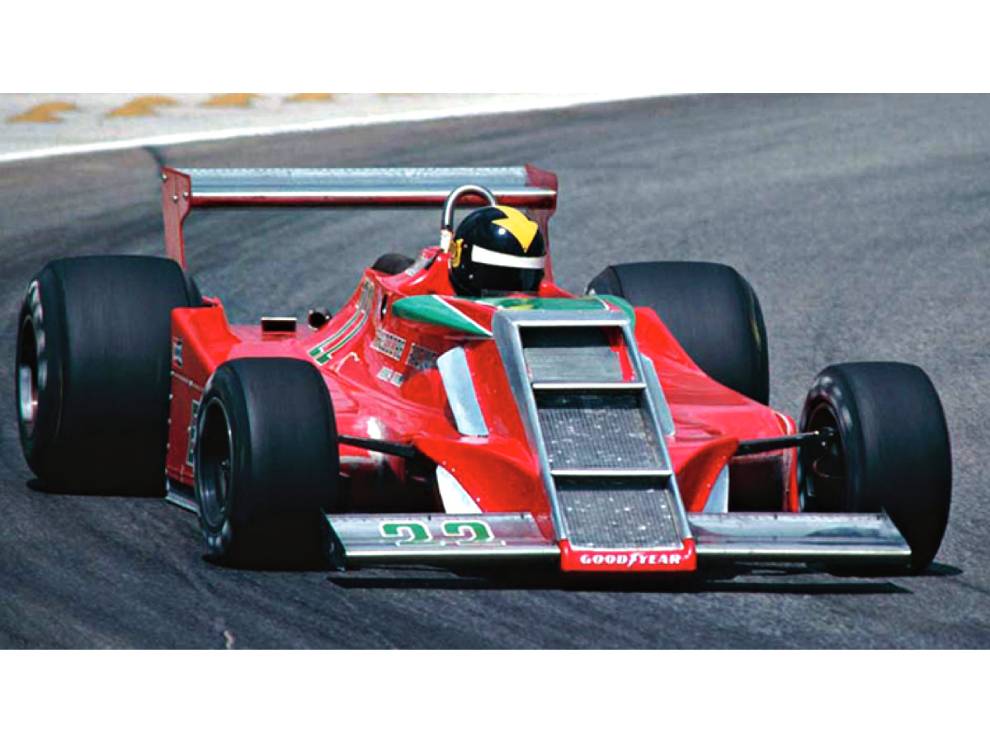 There are some weird shark nose-inspired aerodynamics here, but also notice the unconventional pair of wings mounted towards the center of the car. Engineers went overboard with the aerodynamics, and the cockpit was actually way too narrow for the driver, Nigel Mansell to fit. The team had to rebuild the cockpit to allow the driver to get inside. 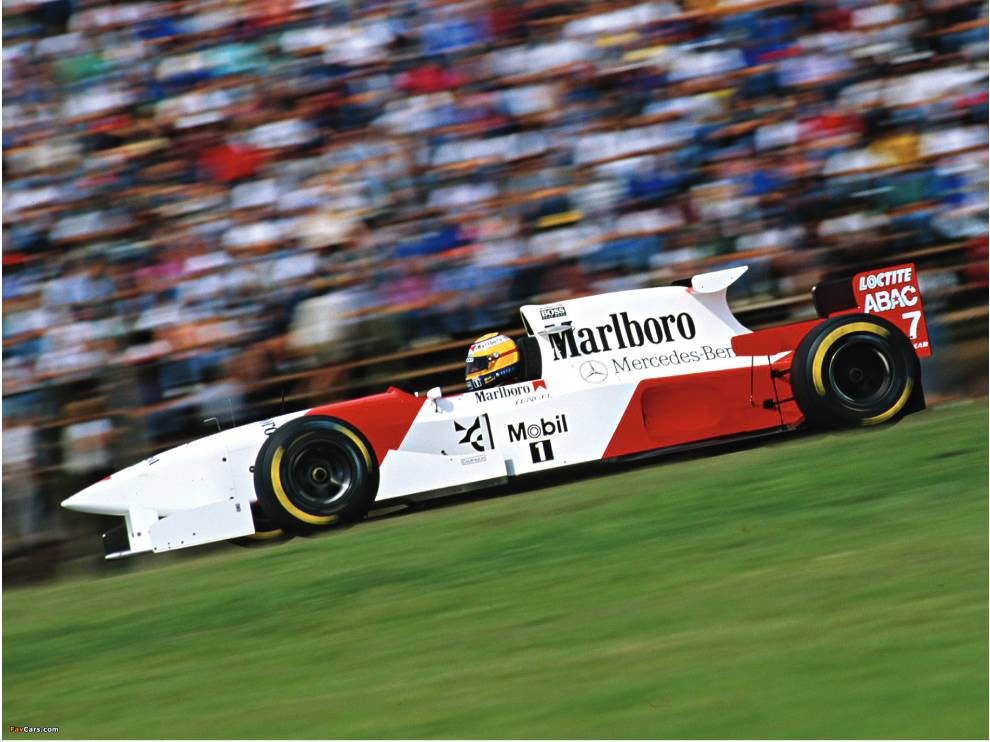 This team came up with what they thought was a revolutionary aerodynamics package. The offending thing here is the way the front wings are mounted on the nose. The split approach earned the vehicle the nickname “walrus nose”. The design was not very effective in races, and the engineers actually changed the design mid season, after twelve races. 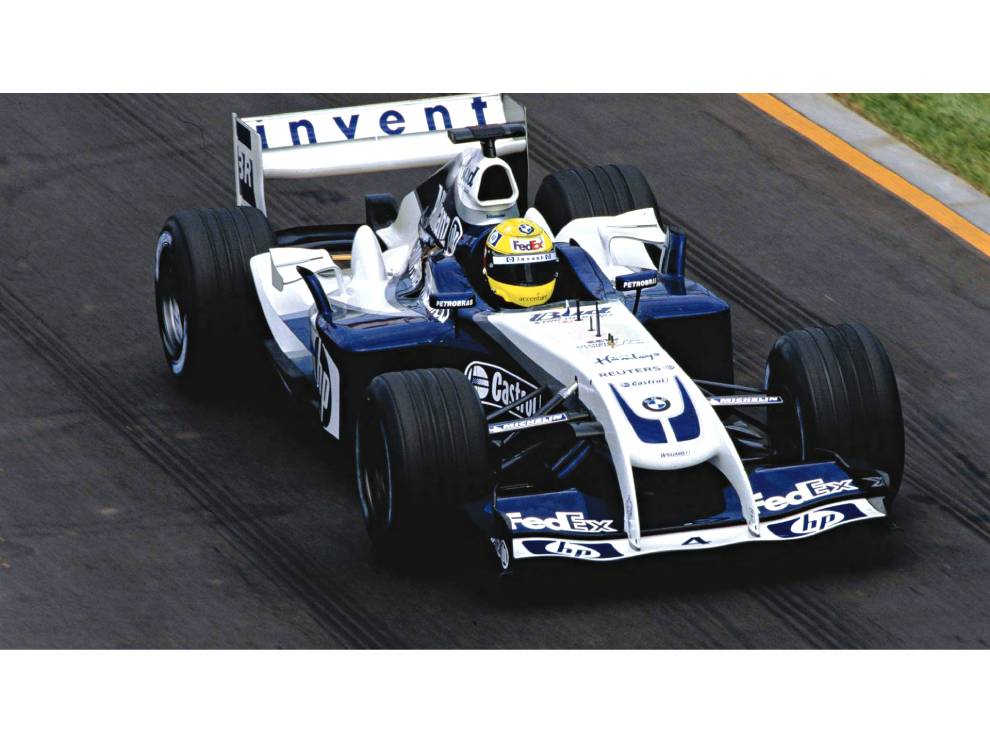